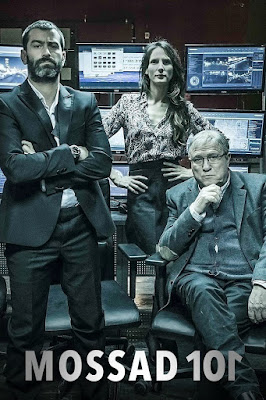 A change of venue

I arrived in San Francisco last night for the RSA conference, tired from a long 6 hour flight and having just barely gotten over the flu. After a nice dinner with my cousins who live in the area, getting to bed quickly became the priority, as I was fading fast.

Last year, I came to this conference at stayed at the W hotel, very convenient, right next to the conference venue, but unreasonably priced. I took a lot of flack from Hopkins for the $700+ per night room. So, this year, I opted for a budget option recommended by JHU's automated online travel site. Yes, it's about a 1.2 mile walk to the conference, but exercise is good, and how bad could it be for $250/night?

My cousin Shaina drove me from the restaurant to the hotel, and as we pulled up, she exclaimed, "Are you really staying here?" I saw her point. Neighborhood was really seedy, and the facade was uninviting. I shrugged because it was too late now - San Francisco has been sold out for months. RSA is huge!

Checking in at the front desk, I asked if I could get a quiet room, and was assured I would be on the 6th floor, the highest for this hotel. The elevator was rickety and small, and for someone as claustrophobic as me, not a fun time. The ride was slow and squeaky, but I would be able to lie down soon, and I took consolation in that. As I approached room #603, I couldn't help notice that it was very loud. Someone nearby was watching TV. I might have to ask for another room because it was too early West Coats time to complain, but it was approaching midnight for me, still on Eastern time.

I put the key in the lock and opened the door. Oh, it was my TV that was on. I guess they make you feel welcome that way. I walked in, pulling my suitcase behind me. With a strange chill up my spine, I noticed a large pair of men's shoes in the middle of the floor. As if in slow motion, I panned the room and saw clothes everywhere. Someone was living here! And then I saw a change in the shadow of the light from the bathroom from under the closed door, and heard a sound. The bathroom was occupied! I grabbed my stuff and bolted out the door. Breathing heavily, I practically fell back into the elevator and made my way down to the lobby, slowly, very slowly, and squeaky.

When I got down to the front desk, a line had formed, and the single person working there was attending to others. I walked to the front of the line, to the looks of consternation from the other customers, and the hotel clerk asked if everything was okay with my room. I replied that everything seemed fine, except that someone was living there. He gave me a puzzled look and said he would look into that as soon as he finished with the other customers. It took about 10 minutes for him to check them in, and he came back to me and said, sorry about that, here is the key to room #605. I asked if he was sure that nobody was in that room, and he said he was.

I had to wait for the slow, squeaky elevator to come back down, and then I took it up for my 3rd ride of the evening. I got into the room, and was pleased to see that the room was completely empty. I started unpacking and felt really cold, so I called down to the front desk and asked where the thermostat could be found. He informed me that there is no heat in the rooms except a small radiator that is manually controlled, by the window.

As I leaned over the bed to check out the radiator, I heard a rustling from behind the bed. What the hell was that?!? I looked to the side of the bed by the window and was stared back at by what looked like a cross between a large rat and a guinea pig. It had a lot of fur and a big tail. It ran back behind the bed, and then came out again as if to check if I was still there.

I was surprised at how calm I remained. I grabbed my phone and my keys and left everything in its place and jolted out of the room. For someone who was sick from travel and tired and just over the flu, who knew I could move that quickly? As the elevator descended for ride #4, with all my stuff still in the room, I had a sinking feeling that this evening would never end. I had been at the hotel for 45 minutes already, and no closer to getting to sleep than I was when I arrived.

The guy at the front desk got a real kick out of my report. "Shall I go up and kill it?" he asked? I must have had quite the expression on my face because he quickly reassured me that he was kidding, and that I could have another room. I indicated that I was not going back into the room with "that thing". So, he came up with me, and I stood in the hall while he packed up my stuff and handed it all to me. We went down to the 4th floor, to probably the loudest room in the hotel.  Below the window was a crowd of homeless people in an endless battle. They literally were yelling at each other all night. As emergency vehicles pulled up to my window, their sirens blaring, and as large trucks with their backup horns were working through the night, I lay in bed in my vermin-infested hotel wondering if it was really worth getting a budget hotel for RSA this year.
Posted by Avi Rubin at 12:23 PM

I'm working on a new security research project. We need to collect firmware files from IoT devices. To crowdsource the collection, I am running a contest through my company with great prizes, including an iPad mini 4, Nintendo Switch, Apple HomePod, Apple Watch, Chromebook, PS4, and more.

Finding and entering proper Firmware is a great project for high schoolers in the STEM field. The prizes are potentially life changing for a 16 year old!

Please spread the word. The contest runs until April 15.
Posted by Avi Rubin at 9:17 AM